Hi readers! I can’t believe September is over already. I feel like every month is just going by faster than the last and next minute it’ll be the new year already. I read a total of 8 books in September, which seems to be my average. This month I read five YA books, one poetry collection, one adult short story and one adult fantasy. I’ve made it a goal of mine to read at least one adult, one non-fiction and one YA book every month, and so far it’s working pretty well. Now I’ll break it down & show you which books I read!

Books I Read in September 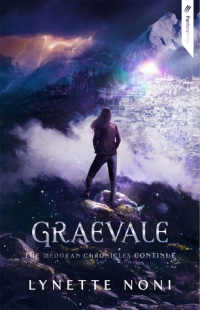 Since Graevale is the 4th book in a series, I can’t really talk about it too specifically. The Medoran Chronicles is easily one of my favourite fantasy series, and I feel that they’ve been getting better and better with every book. My absolute favourite of this series is Draekora (book 3), so I don’t think anything will be able to top that book, but Graevale was still great. I loved seeing all out faves back together again, and this is the first book I’ve read all year that has made me cry at a character death. I’m very anxiously awaiting the final installment in this series and cannot wait to see what Lynette Noni has in store for us!

Similar to Graevale, I cannot talk in too many specifics about Immoral Reign as it is the 6th and final book in the Falling Kingdoms series. Honestly, Immortal Reign is one of the weakest fantasy finales I’ve ever read. This series peaked with Gathering Darkness & Frozen Tides, and I feel like the two books after those have gotten progressively worse. There was absolutely 0 sense of urgency throughout Immortal Reign, nothing really happened until 3/4 through the book and the ending felt incredibly rushed and unrealistic. After enjoying the earlier books in this series, I’m extremely disappointed with this finale.

Sadie has been garnering a lot of hype since its release earlier this month and I believe it is 100% deserved. This is a very haunting, heartbreaking, beautifully written book. Courtney Summers has an exceptional writing style that pulls you in and she has the ability to make you feel so many things. Summers explores some heavy topics in this, but I think she handles them with a lot of sensitivity and nuance. This is a book I won’t stop thinking about for a long time, and highly recommend you check out. You can find my full review for Sadie here.

The Poppy War is a fantastic military fantasy debut based on The Second Sino-Japanese War and the 1937 Rape of Nanjing. Kuang effortlessly blends historical events and Chinese mythology to create a fantastical world used to process living generational trauma and the complexities of war. Kuang has an impressive and empathetic writing style where you can’t help but feel for so many of the characters. Kuang also doesn’t shy away from portraying the realities of war, so please be mindful that this book is very brutal and graphic. You can read my full review (with list of trigger warnings here.) 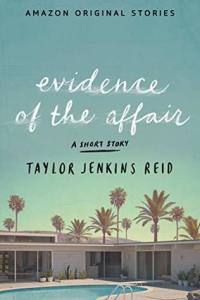 5. “Evidence of the Affair” by Taylor Jenkins Reid

This is the 5th Taylor Jenkins Reid book I’ve read, and I always love her writing. This is definitely not my fave TJR book, however I still liked it okay. Evidence of the Affair is told entirely in epistolary format and explores the complex nature of humans and their feelings. I think the format works well for what the story is trying to achieve and it reads very quickly. Despite it being such a short read, I still found myself quite emotionally invested in the stories and characters. I can’t say I was a huge fan of the ending, but that’s just a personal preference. Overall this was fun and cute, but I just wanted something more.

6. “Nothing Is Okay” by Rachel Wiley

I went out and immediately bought this collection of poetry after seeing a video of Rachel Wiley reading her poem “Paper Babies.” Wiley writes with such emotion and I went from feeling happiness to sadness to anger in a matter of pages. Wiley deconstructs the way in which society tells us we should view our bodies and delves into queerness, feminism, race, body positivity and more. Wiley’s collection is a though-provoking critique of society and challenges the status quo. If you’re a poetry fan, I highly recommend checking out Wiley’s work.

7. “Summer of Salt” by Katrina Leno

Summer of Salt is one of the most whimsical, beautifully written books I’ve ever read. Before starting, I thought it would be just a cute f/f romance with a few whimsical elements thrown in but it is so much more than that. With a lovely, eccentric cast of characters, Summer of Salt explores the collective grief of a whole island after the tragic death of the island’s 300 year old bird, Annabella. Further, it also explores the ramifications of sexual assault and discusses consent and challenges slut-shaming and rape culture. If you want a magical, beautifully written book then I cannot recommend Summer of Salt enough. You can find my full review here.

Undead Girl Gang has been one of my most anticipated reads for so long and unfortunately it was a bit of a let down. There were a lot of things I did enjoy about this book; I loved the witty writing style, the prickly, unlikeable main character. I liked that Anderson used wit and humor to call out racism, fatphobia and misogyny. I thought the friend dynamics were interesting and the character development was pretty well-done. However I was on board and loving this right until the mystery reveal. It was so underwhelming. I understood the rationalizing behind the reason but I just felt so…. meh about it. And unfortunately that tarred my enjoyment of the book overall.

There we have all the books I read in the month of September! Let me know down below:

Thank you so much for reading!

Welcome to my blog! My name is Taryn and I'm a book reviewer & trainee library assistant from Brisbane, Australia. Here, you can find my book reviews, tbrs, wrap-ups, discussions and more. I love reading diverse YA, adult and non-fiction reads, with a focus on books by and about women, PoC, LBGTIQIA+ and disabled people. Thank you for visiting my blog and I hope you enjoy my posts!